On the pre-show we have NXT Women’s Tag Team Champions Toxic Attraction taking on the team of Dakota Kai and Raquel González. The champs spent a lot of the match trying to isolate Kai from González.

Wendy Choo makes an appearance, hitting Gigi Dolin with a pillow and throwing a drink in her face. This distracts Jacy Jayne enough for Kai to tag in González, who gets three count on Jayne after the powerbomb. Kai and González are your new Women’s Tag Team Champions.

Starting off the main card is the ladder match for the NXT North American Championship. Champion Carmelo Hayes will be defending against Santos Escobar, Grayson Waller, Solo Sikoa and Cameron Grimes.

Early on Trick Williams helps out Hayes, but Legado Del Fantasma and Sang get involved as well. It doesn’t take to long for the ladders to get involved, and Waller even gets to touch the belt before being stopped by Hayes.

Before Hayes can get his own chance to grab the belt he’s taken out with a thrust kick by Sikoa. The latter then makes his own attempt at the belt, but Escobar meets him at the top of the ladder and puts him through another ladder with a sunset flip powerbomb.

Trick Williams tried to climb the ladder to get the belt for Hayes, but he’s stopped by Sanga, who rips the ladder in half. Legado Del Fantasma attacks him, and Waller gets taken out by Elektra Lopez with a crossbody to the outside.

Williams tries going up the ladder again, but this time Grimes pushes him out the ring and on top of Legado Del Fantasma and Sanga. Eventually all five men end up on ladders, and with Waller being the last man on top he goes for the belt but is stopped by Escobar.

Later on Waller sets Hayes on a ladder set between the apron and the guard rail, and goes for a dive off another ladder on the champ. Hayes gets out of the way, and Waller goes straight through the ladder.

Grimes hits the Cave In from the top rope on Escobar in the ring, and makes his way up the ladder. He grabs the belt, and like that Grimes is the new North American Champion.

Ciampa takes control early on, hitting D’Angelo with some hard knees. After getting the other man to the outside, Ciampa tries stripping off one of the matts surrounding the ring, but D’Angelo gets back in the ring before Ciampa can make use of the bare floor.

Back in the ring D’Angelo gets the advantage and works Ciampa over with strikes for a bit. Ciampa starts to fight back with a series of clotheslines, but D’Angelo cuts him off.

After trading roll ups D’Angelo tries to trash talk Ciampa, and in return gets chopped into the corner. Ciampa puts him on the top rope, but D’Angelo pushes him down, only to then get caught with a knee to the face after a diving attack.

After trading some strikes, D’Angelo tries to use the crowbar but gets caught with a boot. While the ref is distracted with the weapon, D’Angelo hits Ciampa with a low blow and hits his finish, but Ciampa kicks out at two.

D’Angelo tries to capitalize and grab the crowbar again, but Ciampa manages hit the DDT from the ropes and follow it with the Fairy Tale Ending, but only gets a two himself. Ciampa uses the Gargano Escape, but D’Angelo gets out and makes his way outside.

Ciampa tries to put D’Angelo through the exposed concrete, but D’Angelo makes use of it himself, planting him with a DDT. D’Angelo rolls him into the ring, and after booting Ciampa in the head gets the three count and the win.

After the match Ciampa gets a standing ovation from the crowd. On the way back up the ramp, Triple H’s theme hits, and he comes out to hug Ciampa.

Up next is the triple threat for the NXT Tag Team Championship. Dusty Cup winners The Creed Brothers and MSK take on the champs Fabian Aichner and Marcel Barthel representing Imperium.

Match starts off fast, with three men in the legal in the ring at any time. Lots of momentum shifts, with both teams making quick tags between to their partners.

Imperium is able to gain control for a minute, but are halted by some high flying from MSK. A senton and a corkscrew from the top rope onto Aichner gets a two count, and when they go for it again it turns into a tower of doom when the Creeds and Imperium cut them off.

The Creeds get seem to get control for a moment after Brutus cannonballs from the top onto the other teams on the outside, but Imperium takes them out. Julius gets smashed into the steps, while Brutus gets hit with the powerbomb/uppercut combo.

They try to use the move on Nash Carter, but he manages to get out of it and take out Aichner and crotch Barthel on the top. Carter hits the frankesteiner from the top on Barthel and Wes Lee catches him in a powerbomb for the three count, winning the Tag Team Championships.

Grimes, who won the North American belt at the start of the show, celebrates his win. He dedicates the victory to his late father.

Gacy cuts a promo with Harland by his side, shot on location at the grassy knoll where JFK was shot at. He goes over his usual schtick while Harlan tries to look scary.

Up next is the NXT Women’s Championship match. Cora Jade, Kay Lee Ray and Io Shirai will try and take the belt off champion Mandy Rose.

The challengers chase the champ out to start, and Ray and Shirai show some team work against Jade. The two start fighting each other, and Rose takes advantage to gain control.

Eventually Jade gets the upper hand on Rose, and hits a dive from the apron to the outside. Before she can capitalize, Ray hits her with a top rope dive, and then Ray herself eats a moonsault from Shirai.

Rose tries to steal a pin on Ray, but is caught in a submission. When Jade tries to break it up, she’s caught by Shirai, who puts Jade in the Cloverleaf, but both she and Rose manage to get out of the holds.

Shirai takes control in the ring, almost getting a two with a hard German suplex on Rose. She gets another with a Spanish Fly from the top, but Jade breaks it up with senton from the top.

Jade gets taken out with the Gory Bomb, but when she goes to the top she’s pushed off by Shirai. Shirai hits the moonsault on Jade, but Rose comes in with a hard knee to the face and gets the pin on Shirai, winning the match and retaining her championship.

Backstage Interview with InDex and Dusia

After a video of them clothes shopping from the pre-show is replayed, The two couples are shown in the back, and the “hottest couple” vote goes to Indi Hartwell and Dexter Lumis. Duke Hudson and Persia Pirotta argue the results, and Hudson and Lumis get in a shoving match.

In the next match LA Knight took on Gunther. Knight starts off hot, but Gunther rams him into the apron on the outside and stars to take control back in the ring.

Gunter controls for a lot of the early portion of the match, working on Knight’s back. After having his momentum cut off a couple times Knight finally manages to gain the upper hand on Gunther, getting him in the corner and stomping him out and then managing to catch him on the top for a superplex and a two count.

Knight gains momentum, but he gets caught on the top rope himself, and Gunther swats him off into the ring. Gunther hits a splash from the top, follows it up with a powerbomb and gets the one-two-three on Knight.

To close out the show we have the NXT Championship match, seeing champion Dolph Ziggler defending against former champ Bron Breakker. Ziggler won the belt from Breakker back at Roadblock in a triple threat match where Breakker wasn’t pinned.

Breakker takes control early, starting off hot but slowing down a bit as the match went on. Bron got ready for a spear after a few big suplexes, but Bobby Roode grabs his leg and gets thrown out by the ref for the interference.

Ziggler gains control after crotching Breakker on the top rope and hitting a neck breaker. Breakker tries fighting out a couple times, but Ziggler cutting him off and working on the back of Breakker’s head and neck.

Ziggler spends a bit too much time showboating, and Breakkers able to gain control and get a two count of a tilt-a-whirl slam. Breakker puts Ziggler on the top and hits the frankenstiener and then a sudden spear, but bot both of these only get two counts.

It seems like Zigglers going to get the advantage again, but Breakker catches his supercking, flips him over and spears him again. Breakker hits the powerslam, but Roode comes back and pulls Ziggler out of the ring.

Breakker follows them out of the ring and takes both men out, throwing Ziggler back in the ring. On his way back in though Ziggler hits Breakker with the famouser and follows up with the Zig Zag, but only gets a two.

Ziggler tunes up the band, but as he does Breakker gets up and the two have a staredown before Breakker takes him down with a spear and picks him up for another powerslam. Ziggler rakes the eyes though, and after shoving Breakker into a turnbuckle he exposed earlier, he hits him with the superkick and gets the three count to retain his NXT Championship. Ziggler celebrates with Roode to close out the show. 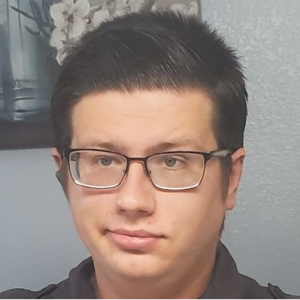 07 February 2023
PrevPrevious“I Knew The Writing Was On The Wall For Me” – Samoa Joe Talks WWE Release
NextKenta Kobashi vs Samoa Joe: The Match That Changed My LifeNext