Welcome to WrestlePurists coverage of AEW Rampage on October 28, 2022.

(World Championship Eliminator match). “Cool Hand” Angelo Parker accompanied Matt Menard to the ring. The match began with a failed distraction attack attempt by Parker and Menard. While Menard had the referees attention Parker took out Moxley on the outside after a few minutes of action. Mike Tyson has been announced for next weeks show on commentary. Moxley gave Menard the downward stomps so Menard returned the favour after another distraction spot. Moxley turned it around into a choke for the submission win. Good showing for Daddy Magic.

After the match, Stokely Hathaway comes out to the ramp with Lee Moriarty and taunts Mox after the Firm’s attack on Wednesday. We then get a video package on Moriarty saying he isn’t waiting around anymore. Mox accepts a proposed challenge to face Moriarty next Wednesday.

We see Jade Cargill working out her anger and cutting a promo on Nyla Rose. Jade promises to get her stolen belt back.

After the match, Tony Schiavone interviews Keith Lee. Before Lee can even speak to answer Schiavone’s question about being number one contender the Acclaimed interrupt. The Acclaimed ask Keith Lee why they can’t find Billy Gunn and where “Sneaky” Swerve is. We cut to the Titantron where we see Swerve actually has Billy Gunn captive. Swerve tell Billy he won’t be at Full Gear to interfere in Swerve in our Glory’s match with the Acclaimed again. Swerve is implied to have crushed Billy’s fingers with some pliers.

An enraged Chris Jericho speaks. Pissed off the JAS was attacked. Jericho says he’ll now face any former Ring of Honor champion; no matter the title they held. We then get Sammy and Tay promising that Tay will beat “wrestling coach” Madison Rayne.

The World Title Eliminator tournament is announced to be returning with the finals happening at Full Gear once again. It appears this will be an annual tournament. Dante Martin the first of eight men announced for the tournament.

In a surprisingly serviceable match Tay Conti wins with the Tay-KO.

Lexy Nair is backstage with Ethan Page. Lexy asks Page about the Firm attacking MJF on Wednesday. Ethan Page says the Firm are not the ones who changed but Max. Page says The Firm was gonna make Max the next World Champ just like they got him the Casino Chip, but not anymore. Ethan Page announces himself as the second competitor in the World Title Eliminator tournament and says he’ll do what Max won’t and beat John Moxley for the World Title.

Before the match we get the classic Mark Henry double interview between Matt Taven and Wardlow. Taven reminds people how on his first night in Ring of Honor he won the Television Title. Wardlow promises the properly welcom the Kingdom to his world.

Taven is accompanied by fellow Kingdom members Mike Bennett and Maria Kanellis. Taven and Bennett take down Wardlow and target his left knee while Maria has the referee distracted. After some action Wardlow goes for the powerbomb symphony but Maria distracts; Wardlow recovers and hits it anyways for the win.

After the match, Mike Bennett quickly comes in the ring to attack Wardlow. Samoa Joe comes out to save Wardlow and send the Kingdom off. Powerhouse Hobbs then comes out to attack WarJoe as the Embassy also attacks from behind. With WarJoe downed, Hobbs holds the TNT Title and Brian Cage the ROH TV Title as we go of the air. 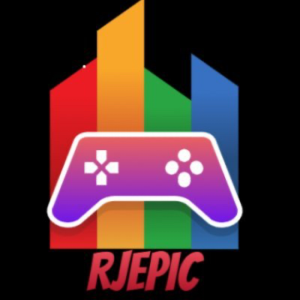